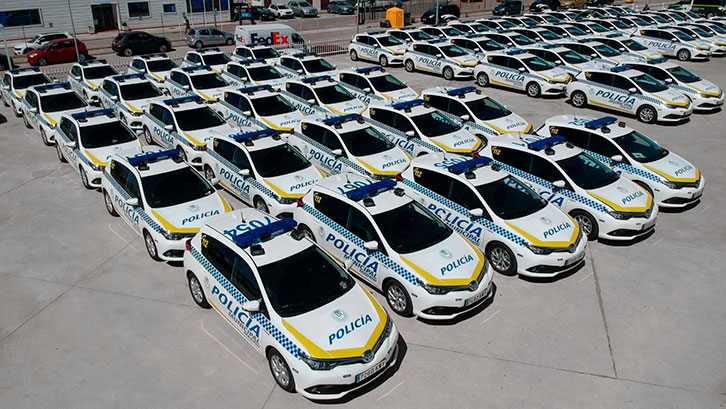 Each of the vehicles now carries a modern and equally simple architecture consisting of two ANPR cameras connected to a tablet computer. The information generated by the cameras focusses on photos taken from vehicles and herein the automatic number plate recognition. These number plate data are matched in extremely low latency with specific blacklists in a database.

This method using the integrated vehicle plate recognition software allows checking a number plate on several kinds of possible violations such as the absence of vehicle insurance, the absence of a valid technical revision plate, but also crime offences such as stolen vehicles or duplicated number plates.

Thanks to its embedded functionalities (OCR on board, GPS and Access Point Wi-Fi Integrated) and its low power consumption of just 15 W the Tattile ANPR mobile cameras allow quick ANPR camera installation in the police car and movement from one vehicle to another. This makes it the most suitable mobile ANPR police system solution for law enforcement in both in-vehicle installations and for mobile tactical operations. 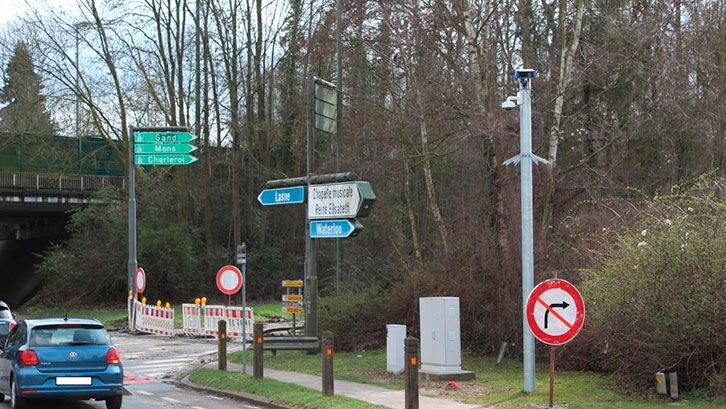 As a consequence of the terrorist attacks which shocked Paris and the whole world in 2015, the Federal Government in Belgium approved an anti-terrorism plan…

to ensure safety in everyday life for the Belgian population. Among the measures defined one of the most important action to put in place was the installation of an advanced video surveillance system using new and mature technologies for various applications, including automatic number plate recognition (ANPR) for use in the road system.

The main requirements set by the authorities for such ANPR (ALPR) technology were a robust high reading performance in all weather and light conditions as well as advanced capabilities for vehicle recognition analytics within the system. At the end of the evaluation process, the federal police in Belgium chose the smart ANPR camera system Vega Smart 2HD from Tattile for all automatic number plate recognition processes along motorways and cities across the country. Up to now, more than 700 Tattile cameras have been deployed.

In practice, the license plate software of the Vega Smart 2HD traffic surveillance cameras read the license plates of all vehicles that transit the camera positions. These license plate data are matched continuously with the national vehicle database. In addition, the Vega Smart 2HD on-board intelligence also enables to recognize vehicle features independently from the plate number. The integrated smart vehicle recognition algorithm allows triggering and sending alarms in case a specific vehicle passes under the camera and helps to solve specific situation when automatic number plate recognition is not enough, such as when police forces only know the brand and colour of a wanted vehicle or criminals keep the same vehicle but change the license plate.

First ITS highway system in Serbia

The system of traffic surveillance smart cameras is aimed to improve control and surveillance of highway traffic, reduce accidents with casualties and material losses, and generally improve highway user safety. Additional responsibilities of the ITS system are to detect and sanction oversized vehicles as well as average speed control.

Along the highway, the ITS system has 28 gantry spots with in total 56 installed Tattile Vega Smart 2 HD traffic monitoring cameras – 14 spots from each direction and 2 cameras for every spot. Another part of the entire system is six variable message signs (VMS) which are installed on gantries above all three lanes of the highway and display information from the traffic monitoring cameras about the traffic situation on the highway and at the toll stations ahead.

The system is embedded into a larger project which includes a tolling system on the highway exits. Data generated by the Tattile smart traffic cameras along the highway is shared with the tolling stations. One of them, Plaza Smederevo is already equipped with a Weigh in Motion (WIM) system where measuring of gross and axle weights of vehicles is done without stopping and thus with a minimum influence on traffic flow to maintain a free flow tolling system. The WIM systems are installed on a lane at the Tolling plazas making use of already existent toll equipment, like optical curtains and ANPR (ALPR) cameras, and to potentially be used in future for tolling by weight.

The system operator plans to constantly expand the ITS system across the entire Serbian highway network; and to further improve the system capabilities by adding functionalities such as automatic incident detection algorithms, automatic number plate recognition as well as brand color and class recognition; functions which can be executed by the already installed Tattile Vega Smart 2HD cameras.

Traffic surveillance and monitoring in the Spanish capital

The first use case involves 14 cameras which are used to control the High Occupancy Vehicle lanes (Vehículos de Alta Ocupación or VAO) in the greater area of Madrid. Road control takes place in both ways: in the morning when commuters enter the urban area of Madrid as well as in the afternoon after normal office hours when the traffic streams leaves the city again. The smart ANPR traffic cameras are used to count the number of vehicles using the VAO lanes and, at the same time, to create an origin-destination matrix.

The 31 remaining Tattile Vega Smart 2HD cameras have been deployed to analyze the traffic flow along the radial highways which are departing the center of Madrid. The information taken by these traffic surveillance smart cameras are used for different purposes such as origin-destination; definition of the travel time, and various statistics.

In addition to these everyday tasks, the newly installed Tattile traffic surveillance and monitoring cameras are used for specific campaigns, such as to check if vehicles have insurance coverage and a valid technical revision plate which is requested by law.